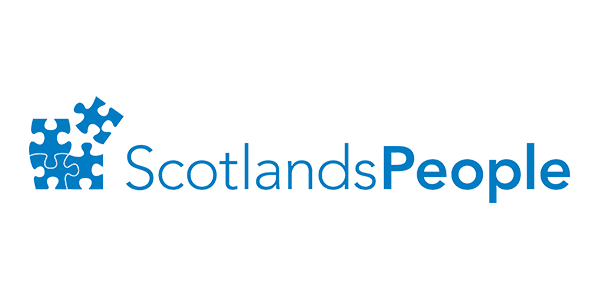 The ScotlandsPeople website is the official Scottish Government site for searching government records and archives. It is used by hundreds of thousands of people each year to apply for copies of official certificates and to research family history, biography, local history and social history. 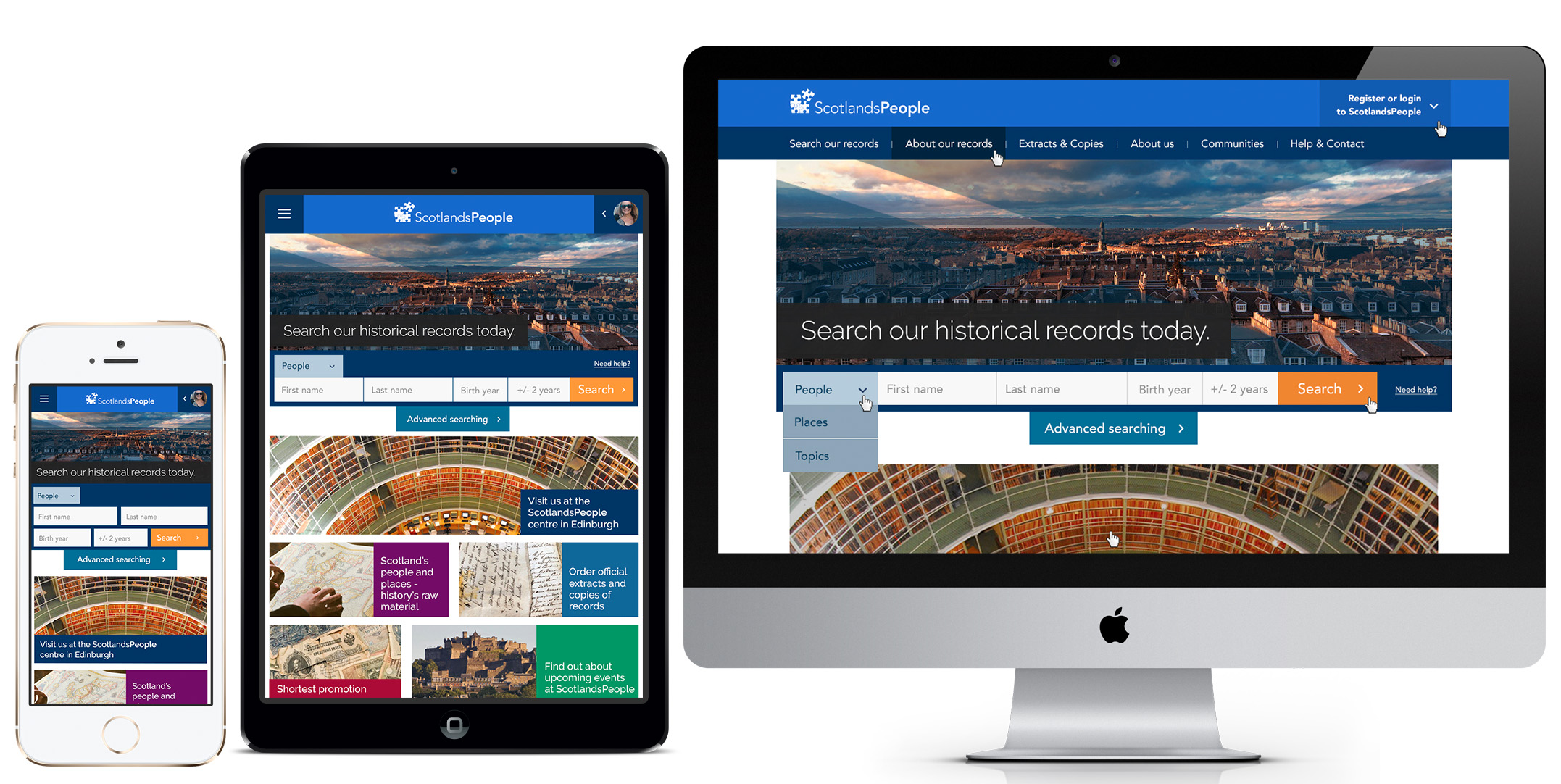 The National Records of Scotland run the ScotlandsPeople website that houses literally millions of hand-written, scanned and indexed records of Scottish heritage dating back to the 1500s. It’s used by hundreds of thousands of people each year to apply for copies of official certificates and to research family history, with access to the statutory registers of births, marriages, deaths, census returns, church records, valuation rolls and legal records from Scotland’s courts of law.

The site as it stood was relatively old and failed on various modern web and accessibility standards. The site received a massive amount of traffic, but the demographic was in the age 50-70 category and the goal was to make the system more appealing to the age 20-40 category, without alienating the existing user base.

Challenge presented early in the form of technical limitations of the platform, aspirations exceeding technical feasibility, but the design challenge was to provide the best possible experience within the constraints.

My role within the project was Design and Experience Lead. Throughout the project I was responsible for collaborating with the client to develop design and interaction principles, gather stakeholder buy-in through interactive workshops, conceive and direct the creative vision and create artefacts such as sitemaps, wireframes, prototypes and pattern libraries.

We facilitated a series of depth interviews exploring the positives and negatives of the existing system from existing customers, which highlighted the issues that ‘users had just gotten used to it’, and were resistant to change. This was to be a particular challenge.

Using the insight acquired from interviews, a set of high definition visual design concepts were created and replayed to a selection of participants to gauge their response. The modernised visual concept was well received and successfully resonated with the new target audience, while maintaining confidence from the existing demographic.

Creating artefacts such as responsive templates and the reflow behaviours allowed the development team to cement the new platform and provide a test bed for rapid validation testing. 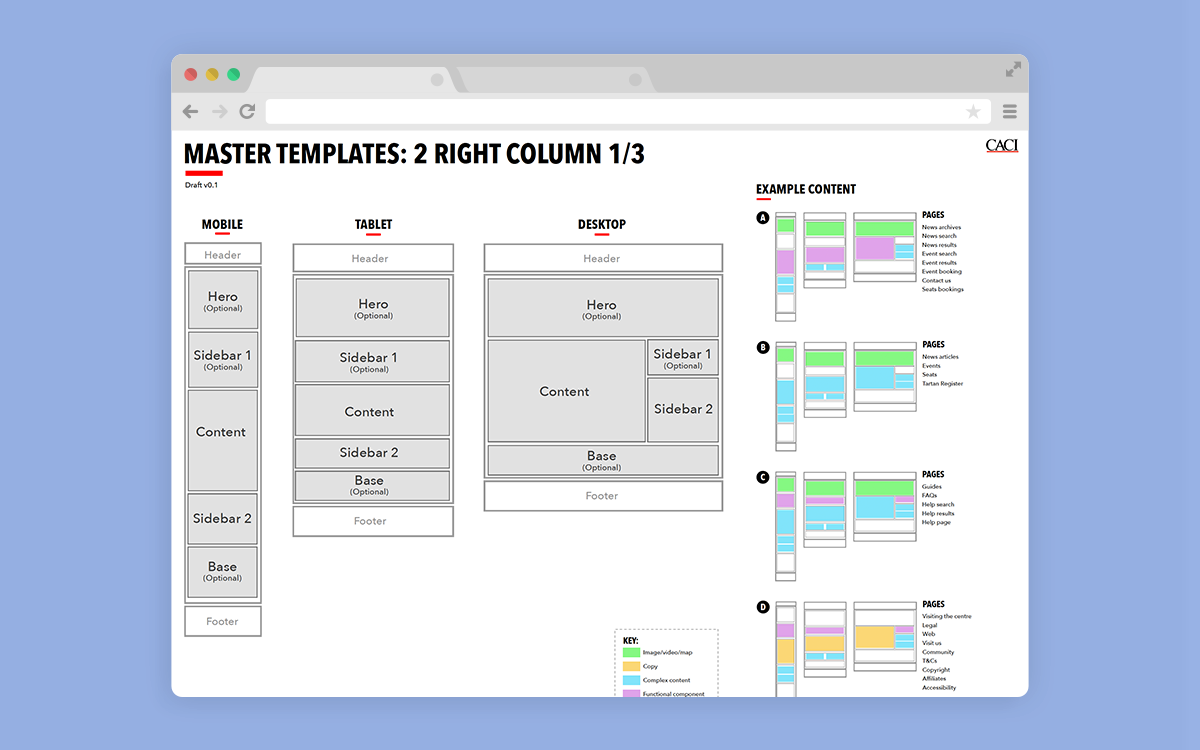 The monetisation model requires a paywall and on the existing system it prevented users from achieving any value before payment. The new proposed solution provided the user with SOME value, which acted as a catalyst for signing up and becoming a regular user. 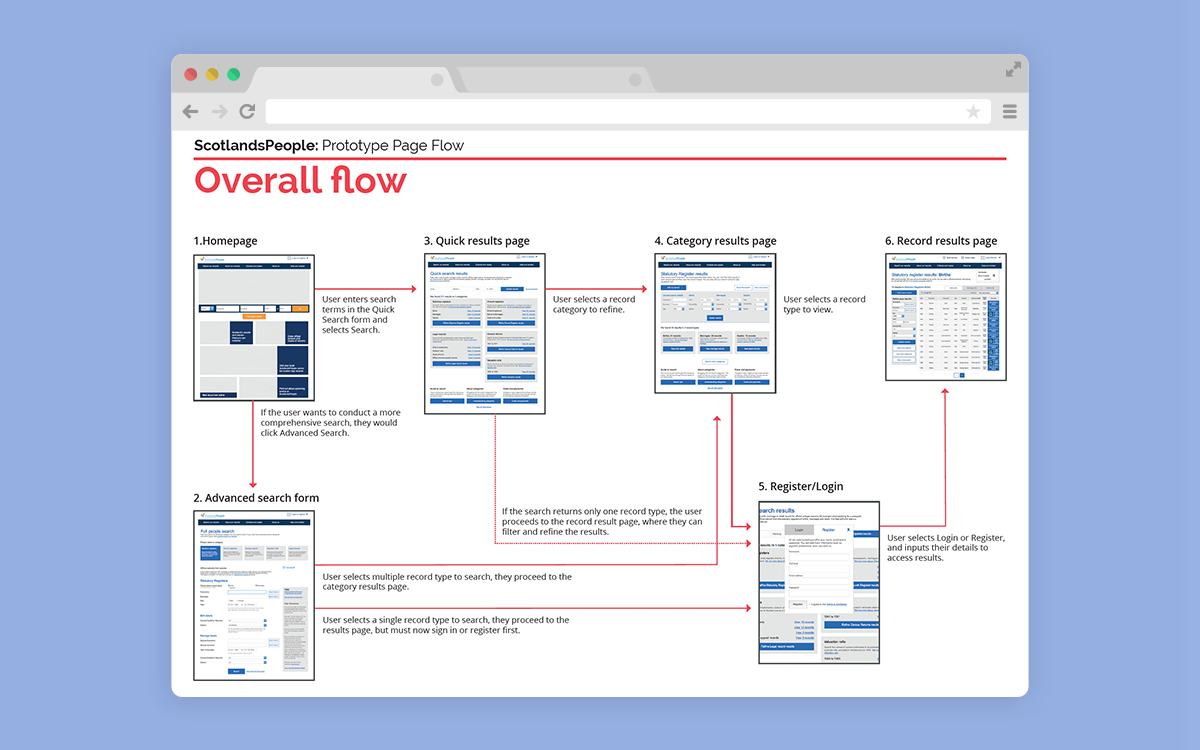 A key design challenge was the Information Architecture. The existing system was built on a series of search forms, numbering approximately 50, each searching a different repository of records. This lead to a misaligned and convoluted architecture which was laborious to navigate. The solution proposal introduced a progressive disclosure search tool which preloaded the basic form, then added the category specific facets as the form was completed. This allowed us to move from 50+ forms to one. This had a high impact on the architecture and allowed us to drastically reduce superfluous elements, and streamline the user journey. 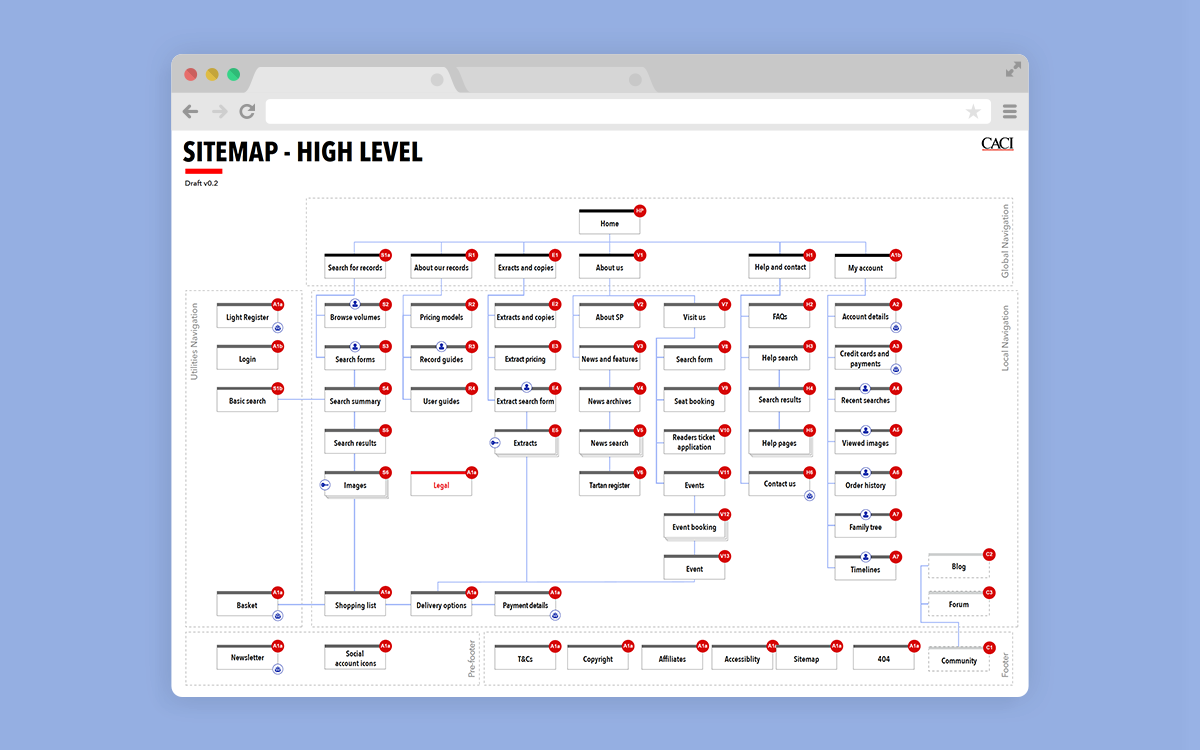 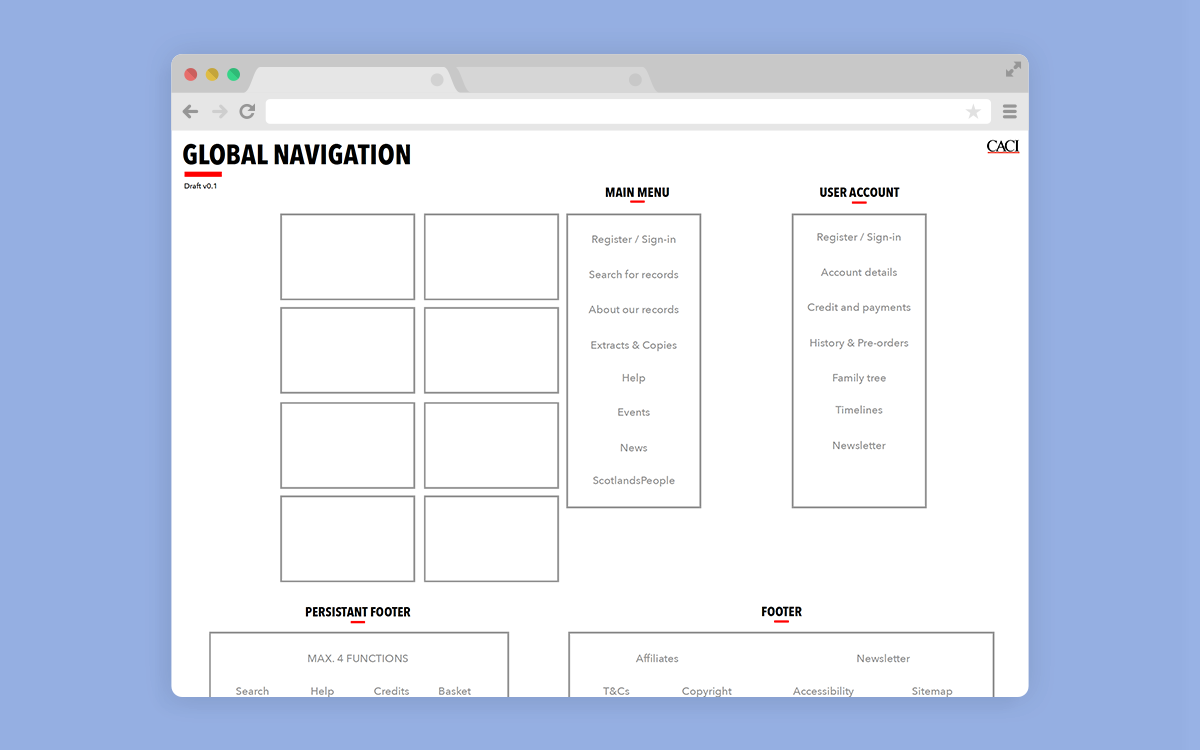 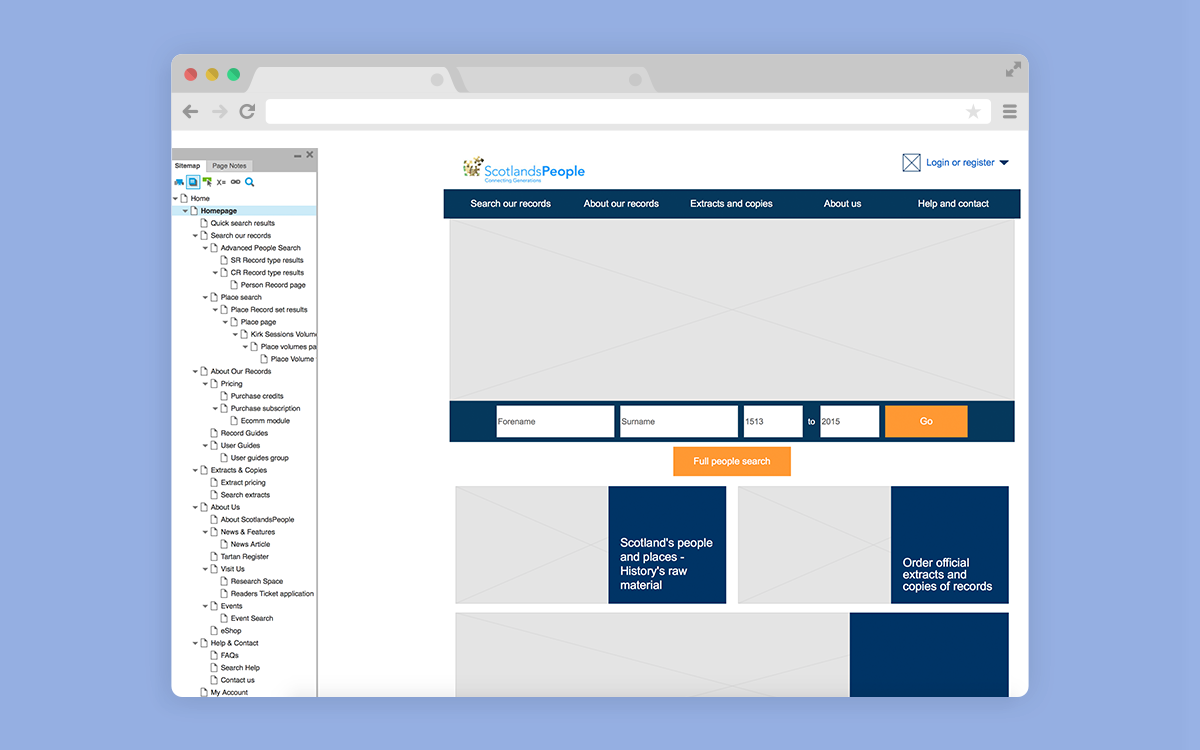 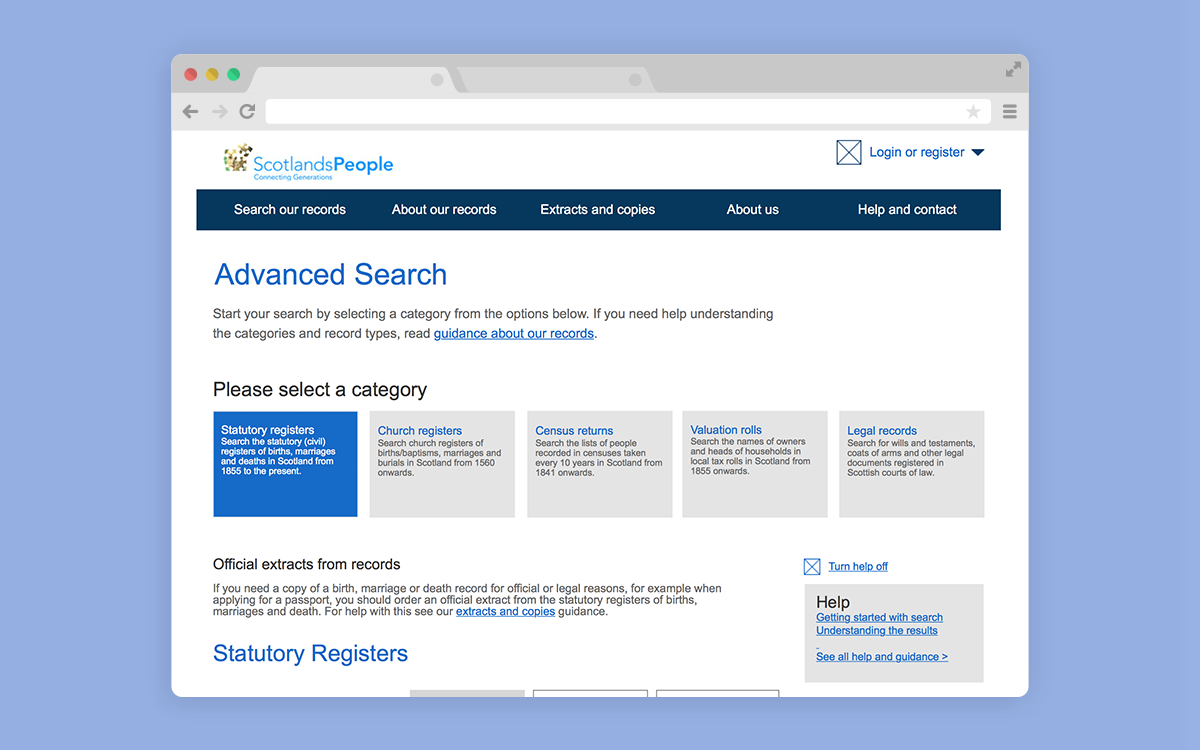 A final round of validation testing was conducted which saw high definition design stitched into an interactive prototype, with interaction models overlaid to create a simulated experience. The testing was overwhelmingly successful, allowing the final round of iterations to the system and final delivery of User Journey documentation, UI assets and Information Architecture support. 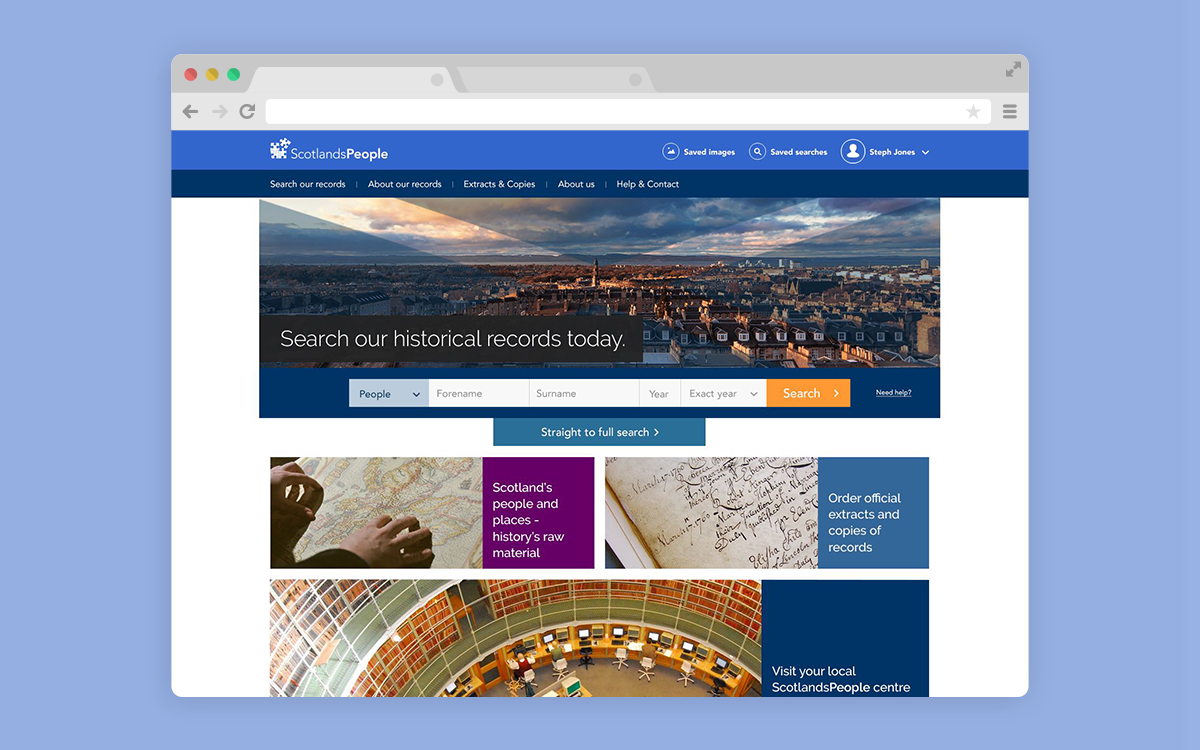 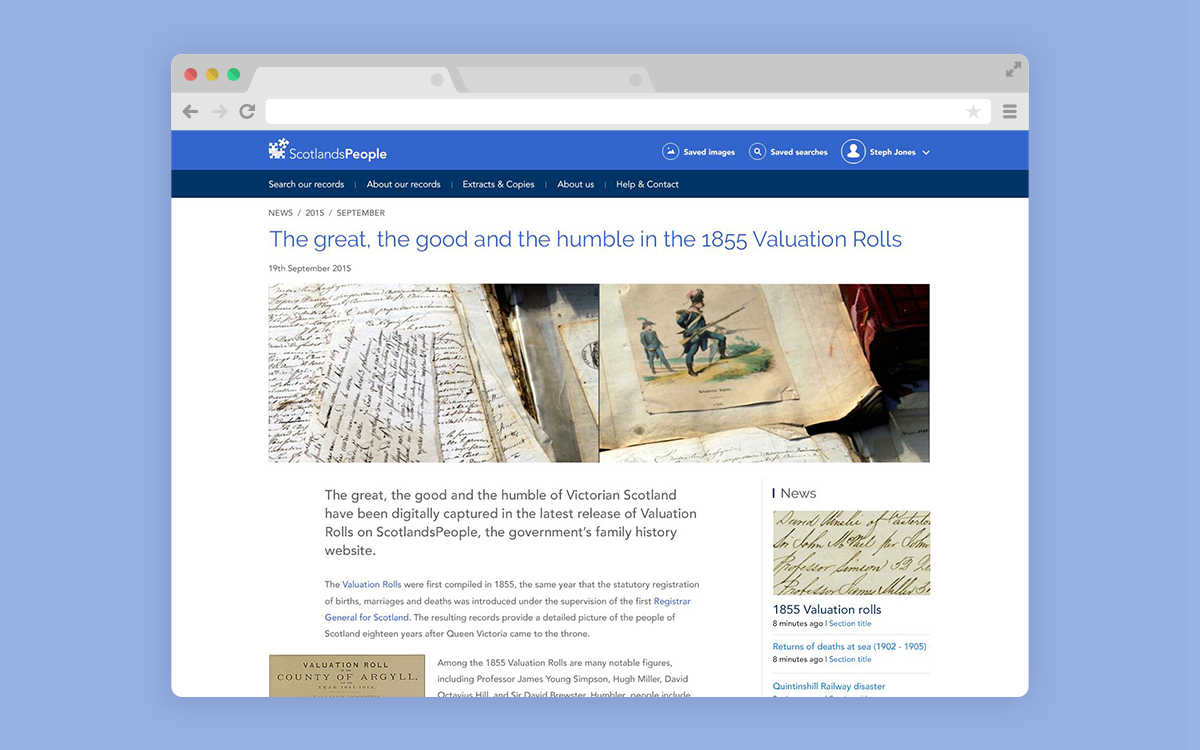